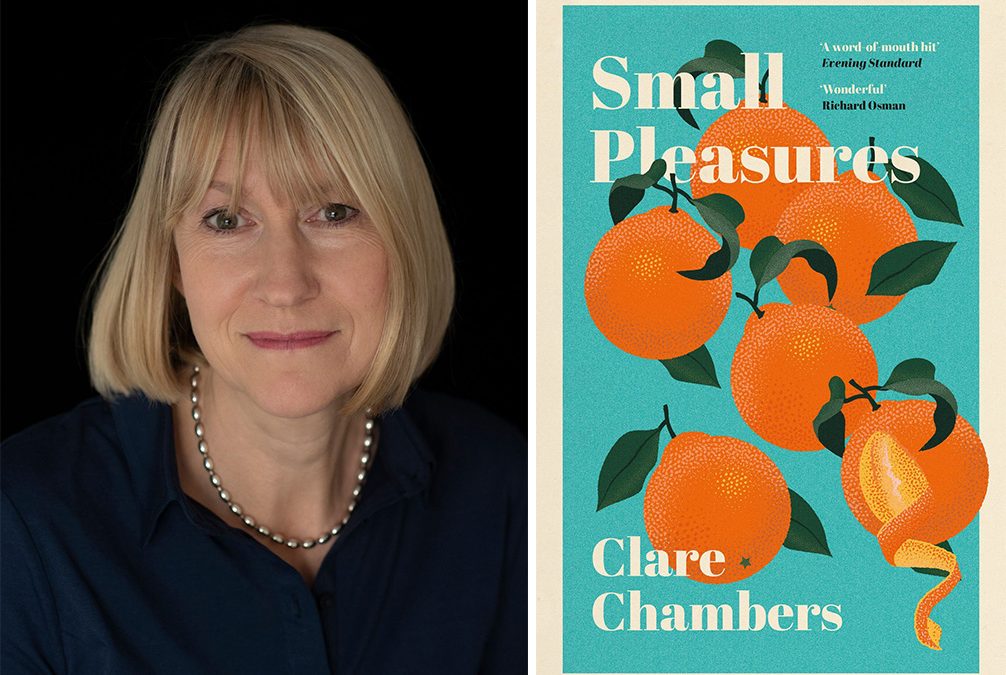 Emily Hickman at The Agency brokered the deal on behalf of Judith Murray at Greene & Heaton. The TV adaptation will be produced by Shy Punk founders Libby Potter and Jo Tracy. Bafta-winner Maxwell Martin is attached to play protagonist Jean, and will also executive produce.

First published by Weidenfeld & Nicolson in July 2020, Small Pleasures has sold 103,650 in paperback and 14,450 in hardback in the UK according to Nielsen BookScan. It was featured on BBC2’s “Between the Covers” book club and was longlisted for the Women’s Prize for Fiction.

Set in 1957 in the suburbs of south-east London, Small Pleasures centres on the character of Jean Swinney, a feature writer on a local newspaper living a limited existence with her truculent mother. When a young Swiss woman, Gretchen Tilbury, contacts the paper to claim that her daughter is the result of a virgin birth, suddenly life opens up for Jean in unexpected ways.

Chambers (pictured) said the idea for the novel came from an interview on BBC Radio 4 “Woman’s Hour” about a woman who had contacted the Sunday Pictorial in 1955, claiming to have given birth while still a virgin.

Federico Andornino, W&N publishing director, said: “Seeing countless readers discover the true gem that is Small Pleasures has been one of the highlights of my career and I can’t wait to see it transported to the screen so that even more people can fall for Jean’s heartbreaking love story.”

“I’m overjoyed that Small Pleasures is being adapted for TV by this wonderful team and can’t wait to see the characters and their story given new life as they are transformed from page to screen,” the author said.

Potter commented “We are delighted to be adapting Clare Chambers’ quietly devastating love story for the screen and with the wonderful Anna Maxwell Martin on board, we look forward to introducing Jean to new audiences, while bringing her to life for those who already “know” her.”

Maxwell Martin added: “Small Pleasures belies its name: it is a massive great pleasure. Clare Chambers has written a beautifully nuanced novel, bittersweet, with huge heart and I can’t wait to bring it to the screen.”