No.1 Bestseller My Boy About Philip Lynott Set for Movie Adaptation 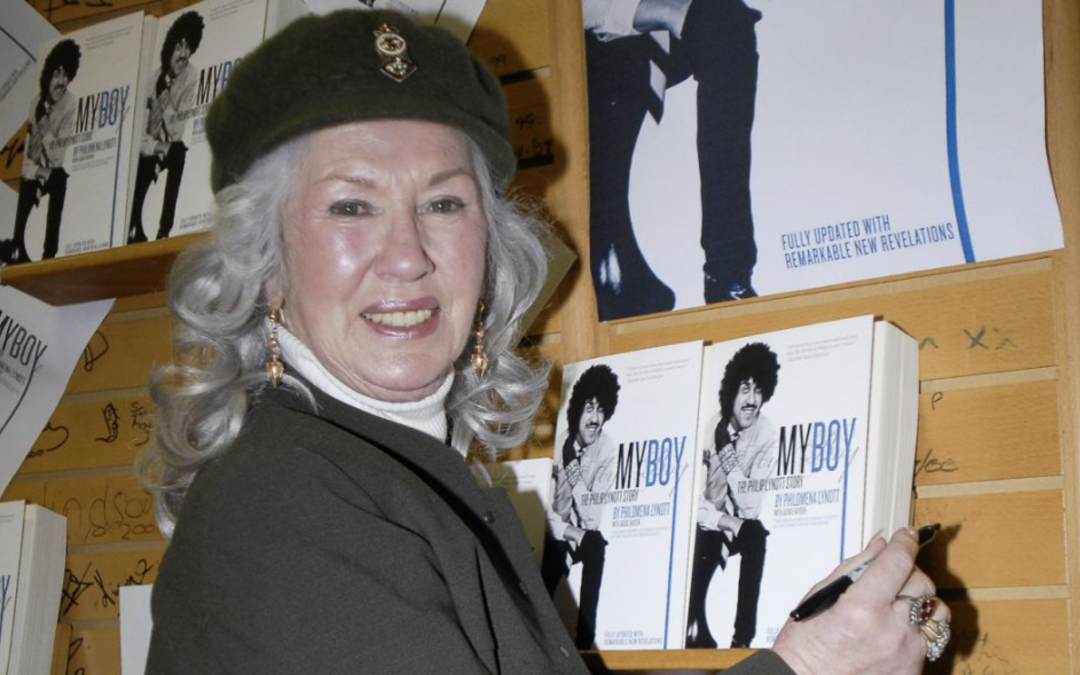 There have been rumours and attempts made in the past, but the race is now on in earnest to turn the two-times No.1 best-selling My Boy, published by Hot Press Books, into a feature film, with a script written by award-winning novelist and screenwriter Kit de Waal and her writing partner Dean O’Loughlin.

My Boy, the No.1 best-selling book, by Philomena Lynott and Jackie Hayden, has been optioned for a movie by Shy Punk Productions.

A new film production company, Shy Punk was formed by Libby Potter, who was swiftly joined by Jo Tracy.

Libby began her media career as a reporter, working for BBC News in New York, before returning to the UK. She subsequently worked as a presenter and reporter for BBC Two and BBC Three. She is best known as the co-host – alongside Max Flint – of The Money Programme on BBC Two. She describes forming Shy Punk Productions as enabling her to return to her first love: storytelling.

Jo Tracy has been working in film for over 20 years, as a development producer and script editor. With a background in publishing, she specialises in adaptation, a process which will be crucial to the film treatment of My Boy.

“We are passionate about the book and the prospect of producing a feature film based on it,” Libby told Hot Press. “Lockdown has been tough for everyone in the film business, but we have been pouring our energies into doing Philomena’s story justice. I am so passionately invested in this story. It really needs to be told.”

The primary strategy at Shy Punk is to provide a platform for stories about women.

“We especially want to speak to women and girls, who are clamouring to see their unique life experiences reflected back at them on screen,” Jo Tracy adds. “Our aim at Shy Punk is to create and share stories that need to be told… tales of extraordinary people and remarkable lives.”

“I have always believed that My Boy would make a brilliant film,” Hot Press editor Niall Stokes said. “It is an extraordinary human-interest story that says so much about the appalling way in which women were treated in Ireland and in England in the 1940s and the 1950s – but also about the desperate compromises that women were forced to make.

“Philomena Lynott was a larger-than-life character, who nonetheless carried secrets close to her heart, until she finally revealed all in the second publication of My Boy in 2011 – and her tale truly is a remarkable one. As fans of Thin Lizzy know, she had a unique relationship with Philip – who of course was an extraordinary figure. He was a great songwriter, a romantic hero and a complete rock star from head to toe – as well as being widely accepted as the ‘first’ black Irishman.

“But first and foremost this is a woman’s story, and one that has never been told in film before.”

Libby Potter talks about Wild Rose, which featured Irish star Jessie Buckley – and did well at the Box Office, generating a reported $7.1million, and spawning a successful soundtrack album – as a comparable type of film.

The script for the film is being written by Kit de Waal, alongside her brother and script-writing partner, Dean O’Loughlin. Kit de Waal (aka Mary Therese O’Loughlin) is best known as the author of My Name is Leon, voted Irish Novel of the Year in 2017, and nominated for the Costa Book Award and the Desmond Elliott Prize.

Using the advance she had been paid for the same novel, the writer set up the Kit de Waal Writing Scholarship, for disadvantaged writers. Among many other works, she was the editor of Common People: An Anthology of Working-Class Writers, which was crowd-funded and released through Unbound in 2019.

Born to an Irish mother and a Kittian father, and having been raised in Birmingham, the O’Loughlins share a considerable amount with Philip Lynott, not least via Dean’s involvement in the music scene.

“Our aim is to nurture and enable the creatives under our wing to thrive in their storytelling,” Libby Potter says. “With the talent we have involved, I know we can really bring My Boy to life on the big screen and create a film that will have huge, universal appeal. That’s certainly our ambition with a book that I loved and found genuinely inspiring when I read it.”